Little bit behind on the blogging so here’s an interim blog to keep the mojo going.

Lake Ballard. 45 mins on dirt (but good dirt) road out of Menzies, home to the “Achievable Outback Cafe” which does the best coffee I’d had since…. Since… Like Exmouth.

The campsite on the lake was beautiful – it’s not a lake, it’s a huge expanse of salt that changes colour like a mood ring.

On said lake are a heap of statues put there in 2003 by Sir Antony Gormley as part of the Perth International Arts Festival. My recollection is the shape and proportions are based on the residents of Menzies then stylised onto these remarkable creatures:

After visiting, I see why Sir Gorms chose Lake Ballard as the backdrop for his sculpture. It’s very, very other worldly.

Our first night there it was still, so incredibly still and dark. No moon and the lake was a pitch black expanse of nothing.

Of course I thought I should get out and take a photo of the statues by night. Which meant I found myself wandering in my jim jams across an outback salt lake looking for weird-shaped humans by the light of a dying torch.

Then it flashed on this:

Notwithstanding the facr this is (a) what I was looking for, (b) an inanimate object and (c) something I knew was there, I reckon I jumped about a foot when I saw it. 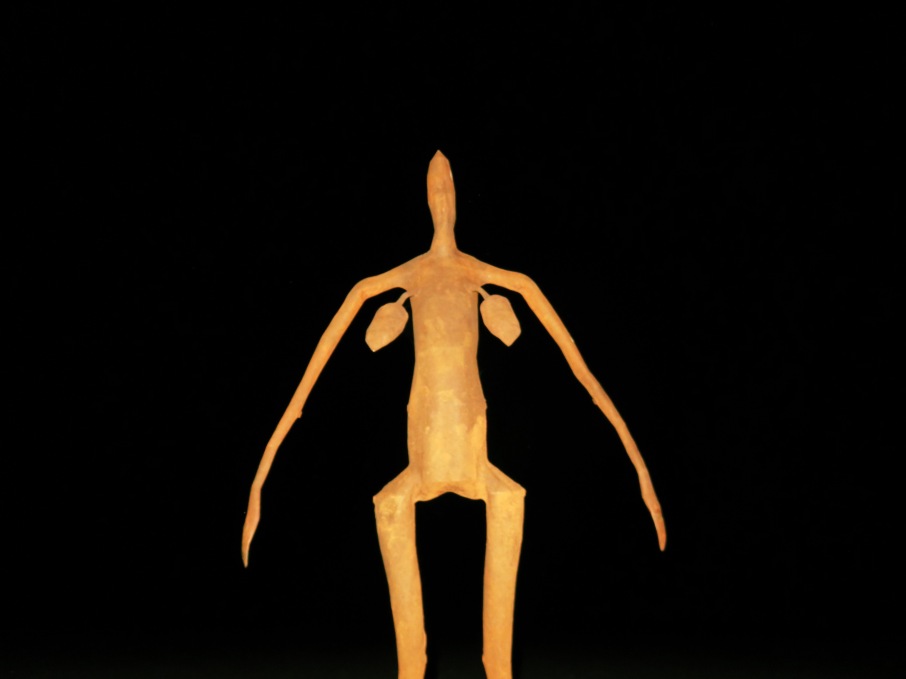 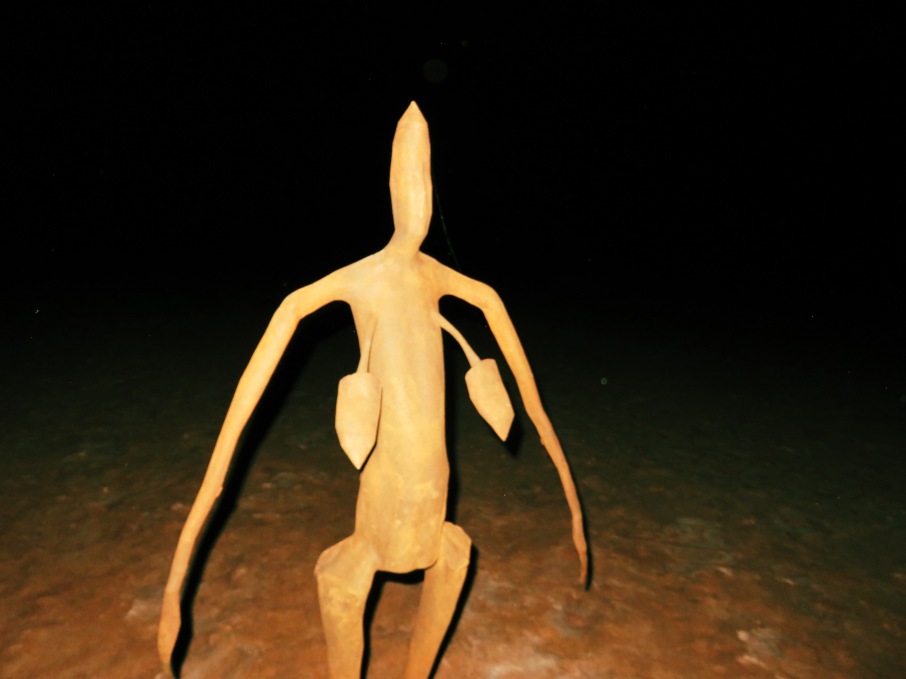 Day 2 we headed back into Menzies to discover the fuel pump wasn’t working – it was an unmanned pump run by “Eagle Fuel” and there was a growing queue of people at the Achievable Outback Cafe coming up with alternative plans now they couldn’t get fuel.

At this point it occurred to me that perhaps no one had called Eagle Fuel to inform of the faulty pump. Turns out this was indeed the case and they immediately dispatched a repairman to reset the communications thingo so it could take payments again. It was an hour trip from Kalgoorlie so I resigned myself to more coffee and cake from the cafe. Shame.

Once fuelled up we headed to some of the secrets of the Goldfields I had missed when I lived there.

Secret 1 was Niagra Dam, a place that had I known about when I lived in Kal I might have visited many times as I often bemoaned the fact there were no outdoor swimming venues in Kal:

Secret 2 was the Kookynie pub, run by the tiny and very remarkable Margaret. I’d heard much about Margaret in my travels and she’s a good one for a yarn. She’s also had shoulder surgery so has her arm in a sling and can’t cook – or throw rocks to get the chooks back in the pen, she informed me – and is trying to sell her beloved pub to anyone who is travelling through. Once inside it’s a pretty awesome old pub. 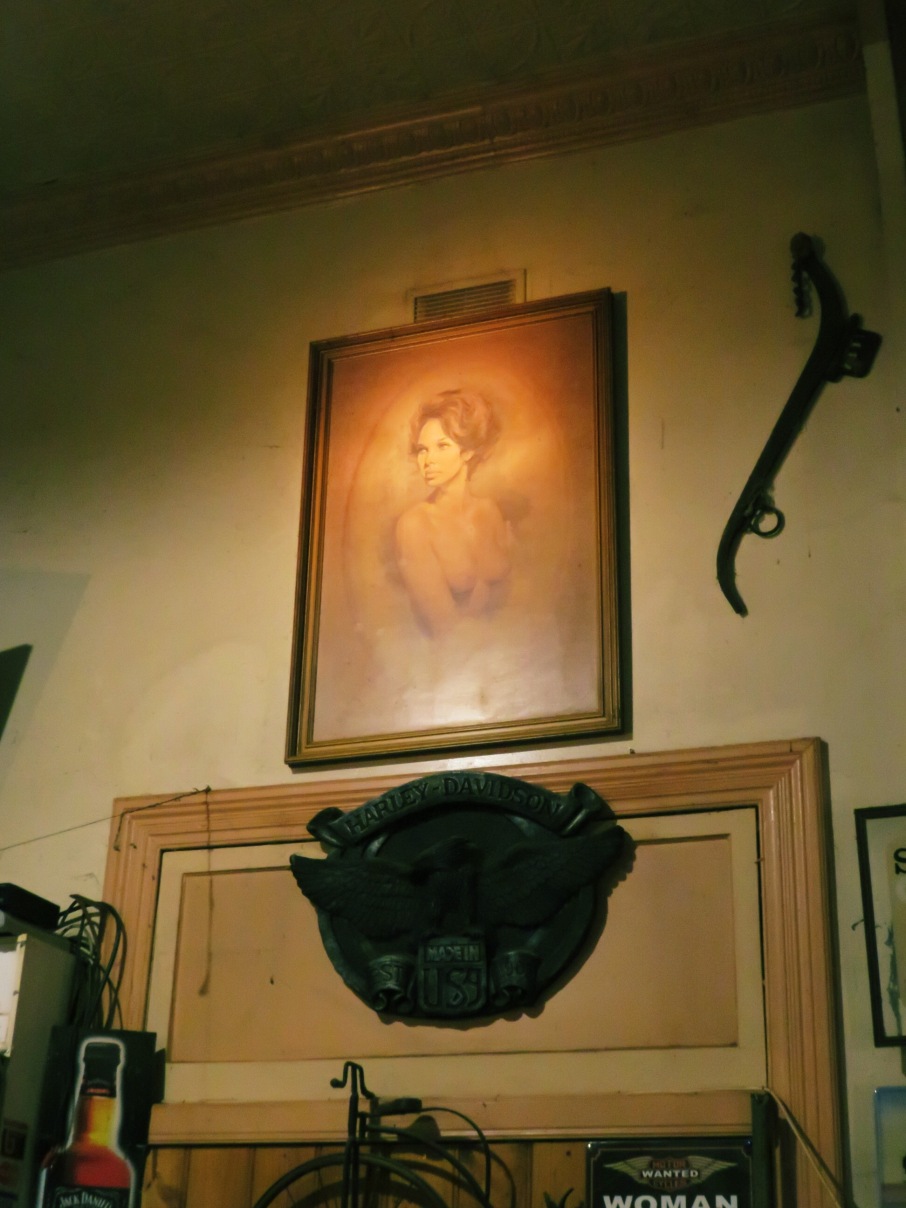 As I watched Margaret struggle to pour a beer with her damaged shoulder and tiny frame – all the while ordering patrons around to open, fetch, hold or bring down items she could not do herself, I mentioned that I would put the pub sale on the “Rolling Solo” Facebook page as you never know if there’s a girl out there looking for a dust change, like Lenni from Gwalia. 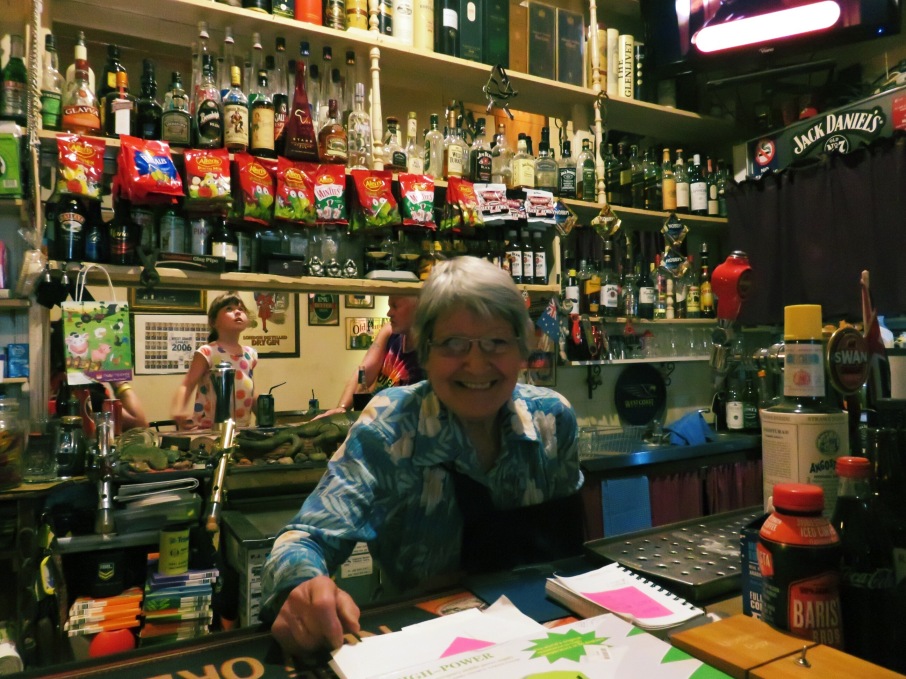 Quick as a flash another patron said “are you a Roller” (meaning woman travelling alone) because we both belonged to the same group. Poppy had been on the road 10 months with no plans to finish soon – in fact her only next plan was to drive across the Nullarbor and play the 18 holes at the roadhouses. So we selfied, as you do. 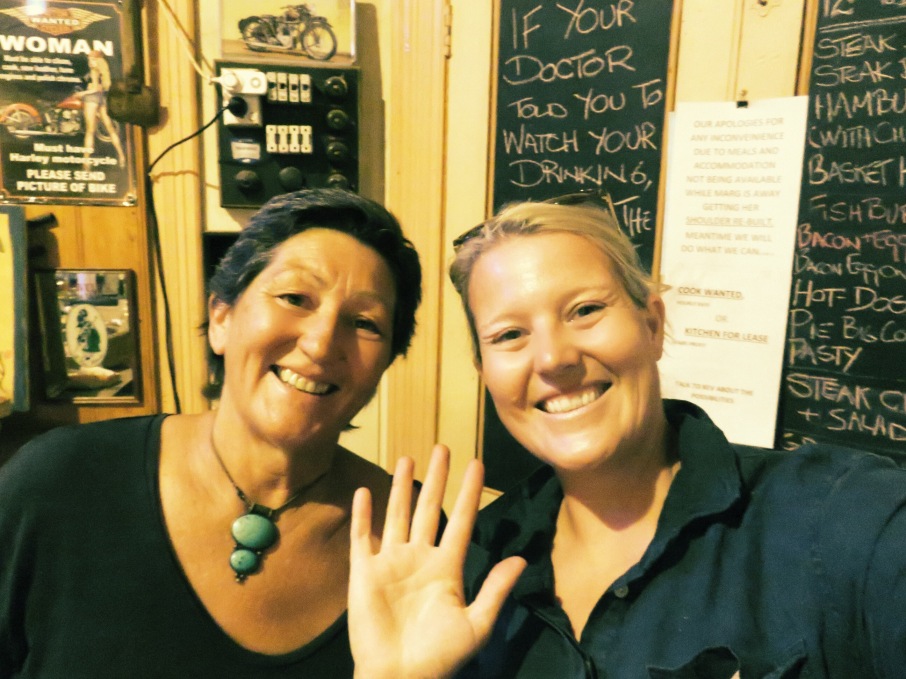 That night back at the statues, I received a warning of a weather front of 100kmh winds due to come in the following morning. I promptly walked around camp to let everyone else know, only to discover a couple who had been travelling with mates of my parents from Horsham.

They were completely bemused to meet another Horsham girl. I pointed out we Horshamites like to get away from town. A lot.

Anyway, after a beer and a chat I returned to the tent, only to discover the wind had rolled in… 14 hours early. Dust blasted into the tent as a I battled to close all the Zips and pug-wrangle the Zeus who was most excited to chase all the debris flying around. 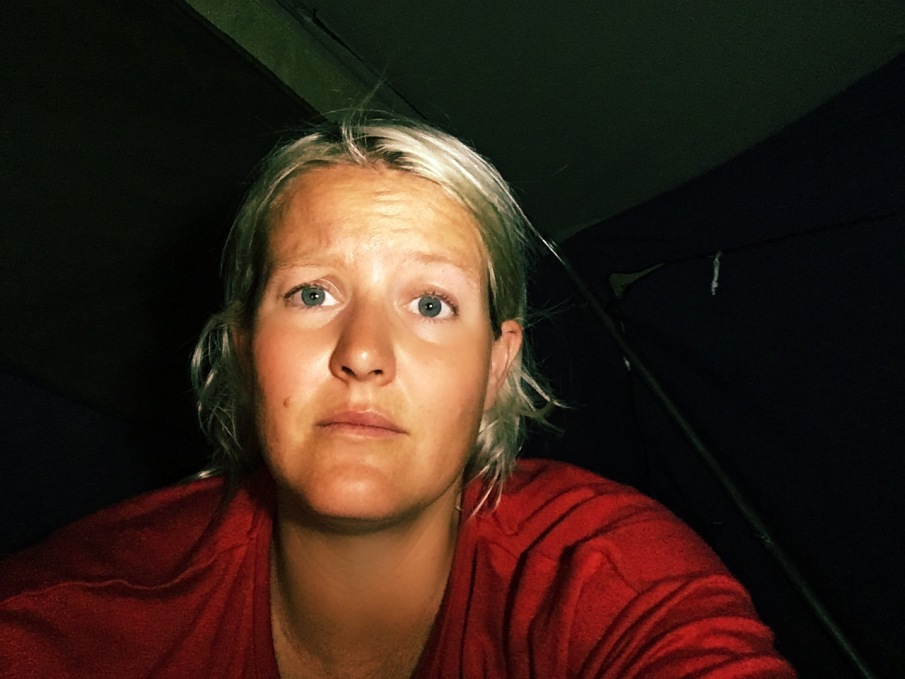 The following morning I felt like a Skywalker climbing out of a camel carcass on Tattooine (yes I know it wasn’t a camel) as Zeus and I shook off the sand and blinked into the daylight.

En route to Kalgoorlie we called in at the Menzies cemetery. Turns out during the early 20th century Menzies didn’t have a stonemason so the headstones of graves were made of tin, some of which were quite striking.

Right now Zeus and I are in Eucla so the next post will encompass our Kalgoorlie adventures (there weren’t many, sadly) and traversing the Nullarbor.