Meran has been tough from the day I met her, some time during the mid 80s now. Meran motivates everyone around her and always has brilliant creative and innovative ideas. I don’t see her much any more as we live on opposite sides of the nation, but when she wrote “draw me” I just couldn’t resist.

Stole the pose from google image “boxing chick”. Only notable change was using black and white gradient at 70 per cent for shading, rather than creating a new colour for it. Works a bit better, I think.

Incidentally, I think Meran’s abs are actually better than I’ve depicted them here. 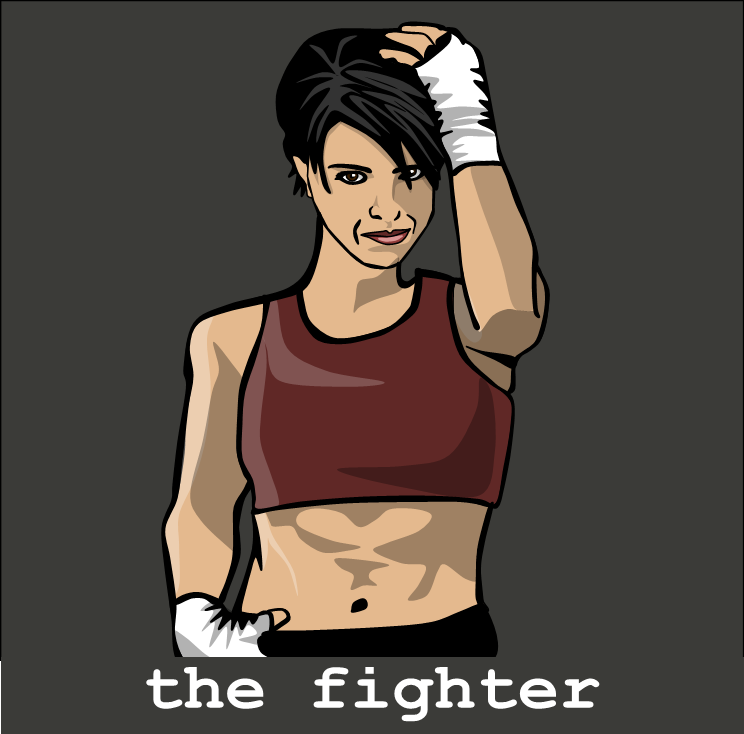