In my defence, I lost my phone.

Actually I didn’t lose my phone. I was unintentionally decoupled from my mobile devices. This resulted in two things: No photographs, and lots of drawing.

All is back and right with the world and I think I’ve improved in art terms since my last blog. I have a new toy – a Wacom tablet and stylus which I’ve had operating for two days… AND a new book from Andrea’s Cool Book Shop (dubbed by the Swede. In real life it’s actually Boffins) which is assisting with my person drawing.

Anyway, here are some pictures. The big complicated once I drew on the plane two and from Adelaide and Sydney.

These girls with the swirly hair caught the attention of people – mostly air hostesses. The She-Thor was inspired by one of those “I’m going to fill facebook of pictures of superheros to lighten the mood” posts from a friend of mine.

Yes, these were taken in a car. The light was good. Also, the car was a new BMW X5 which I won for a few days through a MBA competition. Prompted a girls weekend down south. WOOHOO. 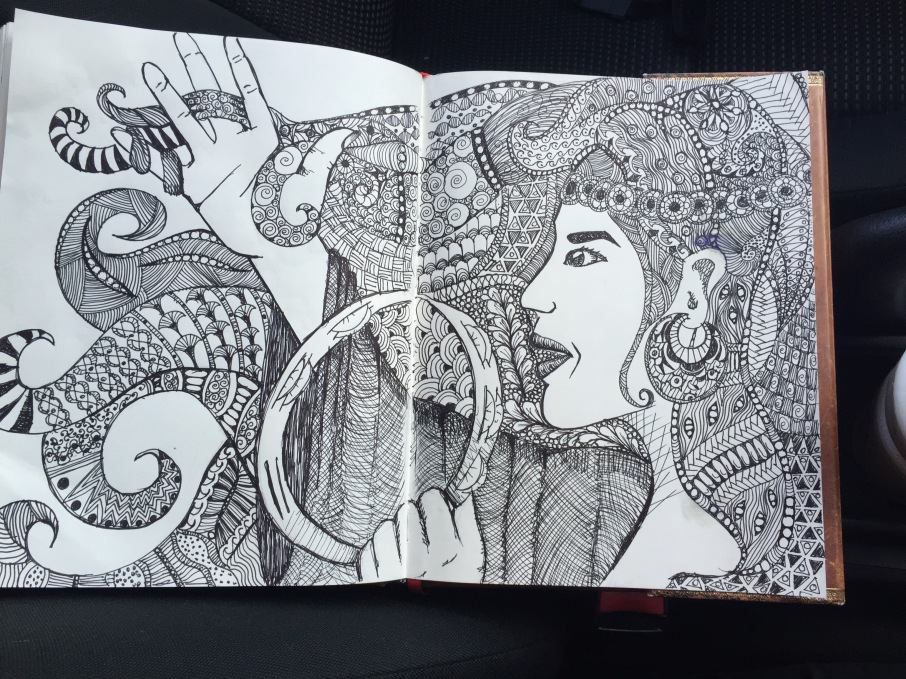 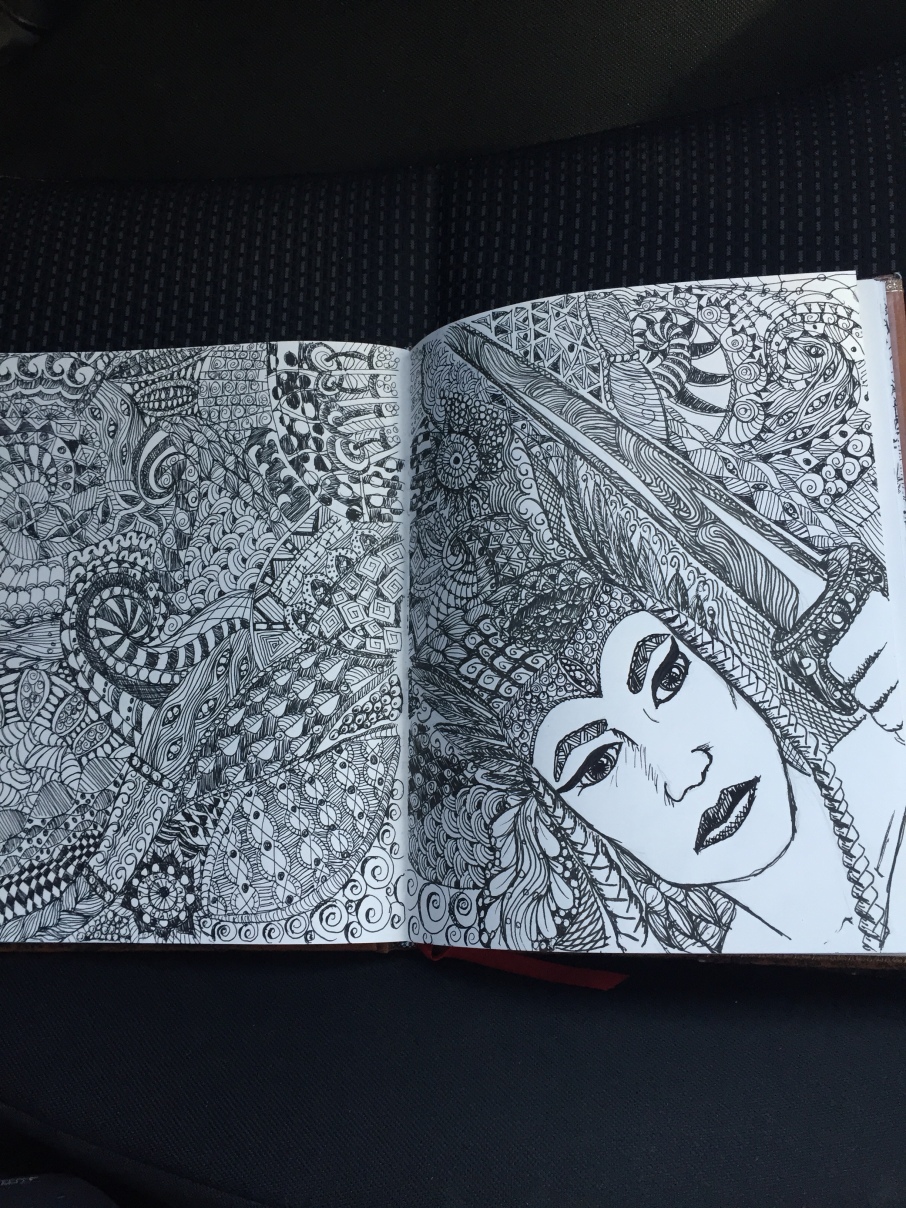